I’m Back – For the First Time!

I have been silent for a while. I apologize if this has concerned you, it is something I had to do. In my stepping back into the silence I have had an immense awakening, and so I am eternally thankful for the events that led to my going within.

Those events at first seemed painful, as they usually are. The direction that I was heading seemed to me to be Spiritually directed, and indeed they were, however not in the way I thought.
As I one day had the intuitive thought “I just need to start producing my own events,” due to the fact that I was not getting the amount of speaking engagements I desired, nor the book sales I envisioned, I believed this is it! A true Aha moment! And so I began that year and a half journey of doing things I don’t like doing, things like planning and paying attention to detail. Ego cleverly disguised as spirit said, “You can do it, because it will lead to doing what you are meant to do. This will put you in front of people, and they need you so they can hear your message.” And I fell for it hook-line-and sinker.
One major flaw in that is the belief that you need me. That say’s there is something wrong with you, or more accurately that there is something wrong with God’s Creation, (YOU.) You perhaps believe there is something wrong with you, as do we all at some level. That is only a belief though, not fact. And so I don’t get totally sidetracked on that topic, that’s all I’ll say about it here. Suffice it to say I do indeed have a powerful story of awakening, and so do you. I encourage you to dive into it!
Back to the point I wish to make here. As a result of talking to the ladies I had lined up for the event which I cancelled, I began to have some interesting and disturbing insights, which led to meditative questionings.
I began a journey within that was pain and fear driven. I knew this to be a good thing, as I have learned that all pain is an opportunity to grow or awaken. It also offered confusion. But, I thought you said to become an event producer? Was my question. Yes, I did. Now you’re telling me not to? Yes I AM. This is so that you can now truly discover what and who you truly are. This is all to bring you freedom.
Briefly, I grew up poor, and my father was basically never there, eventually abandoning us. Even though I did things as a child that kids just don’t do, there was always an underlying belief of what’s wrong with us (me)? Why are we poor? Why don’t we have a father? (for more detail buy my book, “I AM” The Creator” When I went to join the military which was my childhood plan for the previous ten years, due to an illness at age fifteen that nearly ended my human experience, I was termed a “permanent medical reject.”
I have only recently discovered the power that one word “reject” had on me. It connected all of the dots. That’s why. You are a reject.
This began a four decade long journey of trying to prove I am not a reject. I AM Somebody, I sometimes silently, sometimes very loudly screamed at all of creation. This led to intense anger and self-pity.
In my recent awakening, even though I do see that my book is a work of spiritual innocence, the need to speak and to sell books very quickly became high jacked by ego. Here it is at last, your chance to prove, “You Are Somebody!”
The decision to begin producing events was simply an extension of this high jacking. Here’s the rub. Yes, that decision was Spiritually guided. Not to become an event producer, rather to lead me to the events that brought me deeper into myself so that I could discover myself. Through the words of the ladies I had lined up to speak, and through meditation. If you visit my website (stevendieringer.com) you’ll see that my message is all about being happy, which by the way is your true state of being, as well as the reason for the pain in your life, which is an encouragement for you go within and discover you.
Finally one day in meditation I asked, what makes me happy. The answer frightened me. It was, being in nature and painting artistically. Being in nature I knew, yet rarely do. Painting is something that I had not done in forty years. I started studying art at the age of five until seventeen at which time I put down the paint brush and had not touched one until a few months ago.
I stuffed this meditative response down. It had nothing to do with speaking-writing-or event producing. This response however would not leave me alone. I knew I had to honor it. I knew I had to sit with it. And so I did. I knew I had to let go of what is not me in order to find me. Ego free, I have discovered me.
FREEDOM at last! 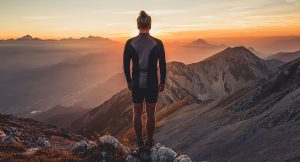 I for the first time since before I can remember I am free of the insane, and it is insane, need to prove I am somebody. The need to do this for all of us is driven by the belief that there is something wrong with me. (Back to the “you need me from above”). I now know I am perfect-I am whole, there is nothing wrong with me. As Creations creation it is actually impossible for there to be something wrong with us.
I have understood this intellectually for years now, but not at the true level of who I am which is Spirit Level.
The last year and a half has been a journey that has for me wonderfully transcended intellect, which alone is theoretical, to Spirit which is a knowing that intellect cannot know, and ego, (which is insane itself) believes is insanity.
The beauty of where I am now, is true freedom, to explore the “me” I have forgotten for so long. To honor the passions that are in me, and indeed are me, being in nature as much as possible, and has brought about the decision to move to the part of the world that brings me alive, San Juan Island Washington. It has re-ignited my inner artist as I am painting again almost daily. See stevendieringerart.com
This has also now freed me to speak and write again from innocence. I can now do these things without the underlying need to be somebody. Speaking and writing are also passions I have, now loosed from ego. Again, freedom. ……..guess what I awoke this morning with an invitation to be interviewed. Spirit at play!
Peace-joy-abundance-wellness-power all reside in who you truly are. May you enter into the journey of discovery within and “KNOW” who and what and where you really are. You are waiting for you to come home, to awaken and remember the bliss that you are! You are meant to be happy! 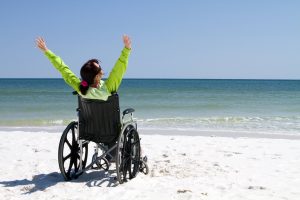 I don’t have time to worry about people who don’t like me. I am too busy loving the people who love me. —Unknown